Ubuntu Remote Desktop: How to order and connect

What is the Ubuntu decktop

Ubuntu Desktop is a Linux OS that was created as an operating system friendly to users who are unfamiliar with the command line. By this feature it is different from most Linux distributions. Initially this operating system was focused on use for personal computers. Thus, it can be a good alternative to Windows from Microsoft, since it is illustrative, user-friendly and devoid of some Windows restrictions and shortcomings. Ubuntu does not require a license, antivirus; it is more stable and uses resources more economically.

That is why Ubuntu remote desktops have taken their rightful place in our range of solutions based on virtual servers. For creating images we used KUbuntu, which is economical and practical. You can order the English-language (Ubuntu Desktop 19 KDE En) or the Russian-language version (Ubuntu Desktop 19 KDE Ru). In addition to desktop version there is also available the server version - Ubuntu 20.04 without a graphical shell.

How to order VPS Ubuntu Desktop

Ubuntu desktop ordering procedure is as simple as for any virtual server: you have to decide on the VPS configuration, select Ubuntu Desktop 19 KDE on the order page from the list of images (VM Image), place an order and pay for it. The time from ordering to activating the service will take from five to fifteen minutes. 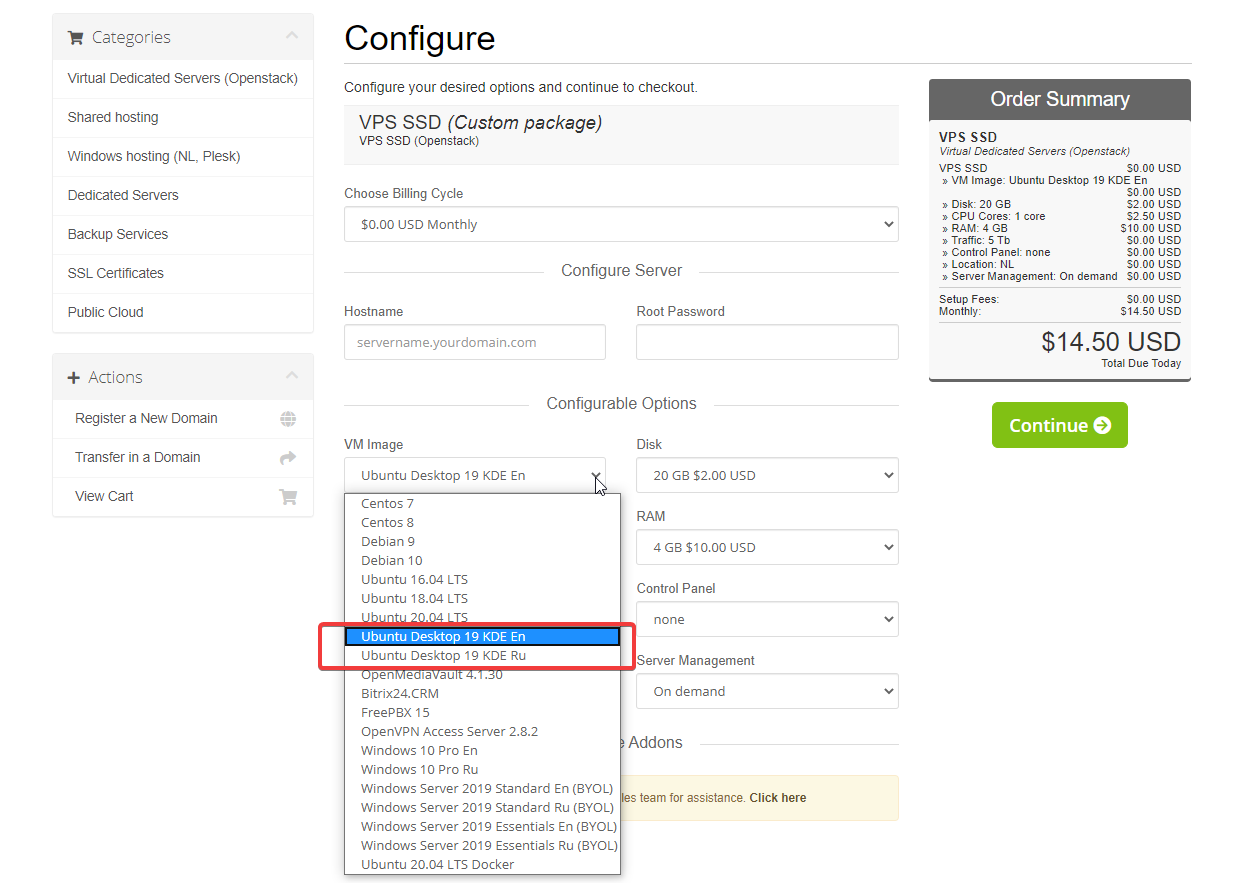 System requirements for Ubuntu are simpler than for Windows OS. The minimum available configuration is: 1 core, 4 Gb RAM and 20 Gb hard drive. The system itself takes up 9 Gb of disk space. In order to determine the optimal VPS configuration, you should also consider whether additional software will be installed on the desktop and which one, as well as how many users will be connected via RDP (Remote Desktop Protocol) at the same time.
After paying successfully for the service, you will receive an email with the Remote Desktop service access data.

Ubuntu KDE aspect does not differ too much from Windows that we are used to, since it has as well Application Launcher (Start button), taskbar and workspace. We equipped the image with the basic necessary minimum of applications: the LibreOffice office suite, the recommended Chrome browser and the optional one - Firefox. The file manager is launched from the taskbar. 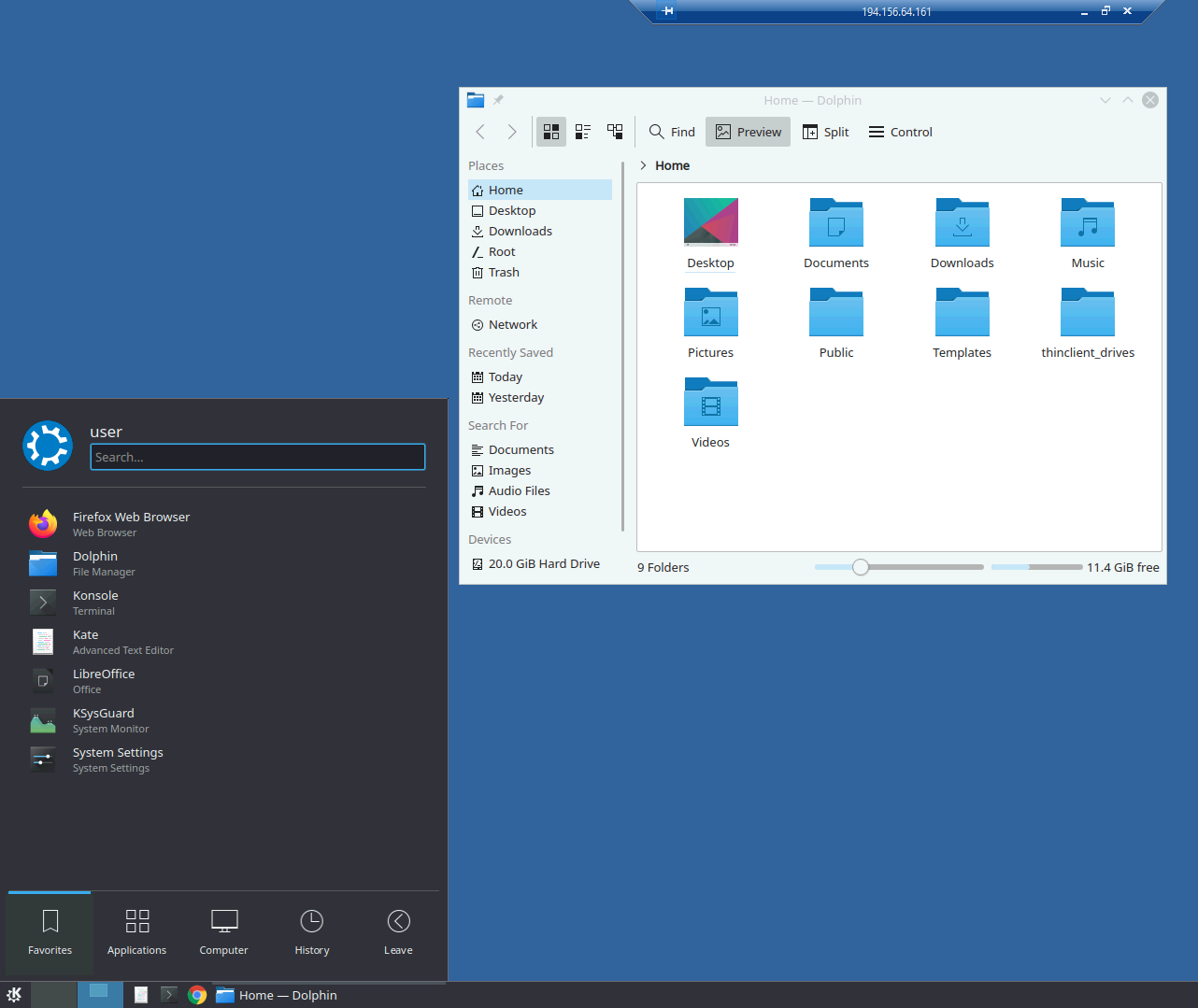 These are enough to solve most of the tasks for which remote servers desktops are ordered.
Additionally, you can install any Linux application

Thanks for your help. Please write, how we can we improve this article?
Thanks!
Was this information helpful?
Yes   No
0